LIGHTHOUSE, PLEASE GIVE ME GOOD SCORE!

The books we've been reading

We are back, and this time with a new book list. The year may only be a few months old, but we have been reading to give you a taste of our choices. And yes, it comes in handy since summer is just around the corner. So if you haven’t already planned what books you will carry in your beach bag, it’s not too early to look for fresh additions and, who knows, get lost in one (or four) books for the summer.

The hardest part? To choose which one to read first! The following round-up features a choice from the newest freelancer teaming up with us, the return of the controversial Charles Bukowski, a satiric and comic novel written by the brothers George and Weedon Grossmith, or a powerful and educational book from The School of Life.We hope there is enough literature to keep you busy until the leaves fall from the trees — if not, you can read our other stories to inspire you.

First, we would like to introduce Viktoria, one of the new freelancers that is working with us, who picked a classic of Latin America literature. Written by Juan Rulfo, “Pedro Páramo” is set in rural Mexico and jumps into the life of a man searching for his father. Before his mother died, she asked him to find his father in Comala, a ghost town once ruled by his father as a feudal lord. It is among the realms of the living and the dead, ripped fragments from dreams, in the nightly whisper of Comala’s ghosts, that Pedro Páramo and the sins of his town are told.

The literary current of magical realism it’s a style of fiction that shows a realistic view of the world but with the addition of unreal and fictional elements, allowing authors to point out societal issues. Through this kind of writing, Ruflo refers to social problems back in the late nineteenth century to the 1940s as landlordism and the abuse of power. It’s hard to boil down the narrative technique of Pedro Páramo, which is one thing that makes the book so freaking interesting

“That town sits on the coals of the earth, at the very mouth of hell. They say that when people from there die and go to hell, they come back for a blanket.”

João presents “Women” by Charles Bukowski, a prolific and controversial author who leaves a legacy in world literature. The book is his third novel, almost identical in format and style to its predecessors, Post Office (1971) and Factotum (1975), but with a grittier tone than the first two. It is a raw, vulgar, and crude book that depicts the life of Henry Chinaski (an alter ego of Bukowski) and his excesses. He only cares how he is satisfied, whether he is sexualizing women or abusing alcohol and gambling. In this treatment of women, Henry Chinaski certainly lacks courtesy, to put it mildly, yet this is acknowledged by himself as he confesses all these faults throughout the book.

The book becomes repetitive, especially since women are changeable parts to him, looking like a simple resume of Bukowski’s conquests through the character of Henry Chinaski. Times Magazine describes perfectly the feeling you get upon reading it: “It has the appearance of a story about sex and drunkenness, but it is actually a poem about love and pain.”

“Love is a form of prejudice. I have too many other prejudices.”

3. The Diary of a Nobody

This time, Ana brings us “The Diary of a Nobody.” Written by George and Weedon Grossmith brothers. It’s an English comic novel with lovely illustrations by Weedon Grosssmith and was first published in 1892. The book has Mr. Charles Pooter as the main protagonist, a man of modest ambitions, content with his ordinary life while working as a clerk in London. Throughout his diary, Mr. Pooter describes his life living with his wife Carrie and often with his disobedient son, William (who calls himself Lupin).

A contemporary book with unique acts, providing an accurate portrait of suburbia snobbishness and class difference, while also providing moments of humor. It’s like real-life experiences that were simply renamed to make them seem more fictional, and once you get into it, it is charming and a joy to read.

“Some people seem quite destitute a sense of humor.”

All we expect is to have calmer and more relaxing days. Our daily routines, anxieties, and complaints have a central role in our stress levels. We know we are at our best when we can stay calm and take challenges in stride. Tiago’s selection “Calm” is a title that takes us through the practical steps needed to become calm instead of merely explaining what happens when we are relaxed.

The book explores the causes of our primordial stresses and anxieties with a set of convincing, beautiful, and often dryly humorous arguments to protect ourselves from panic and confusion. Beautiful written and incredibly comforting, the writing itself makes you feel calm. Plus, based on years of The School of Life’s work in the anxiety field, the book is full of ideas to reflect upon and introduce ourselves to a guaranteed state of calm that we long for and deserve.

“There is little doubt that those who get the most from life are those who look for the wonder in even the smallest things they do. Cultivate this skill, and you’ll find peace and satisfaction as well.” 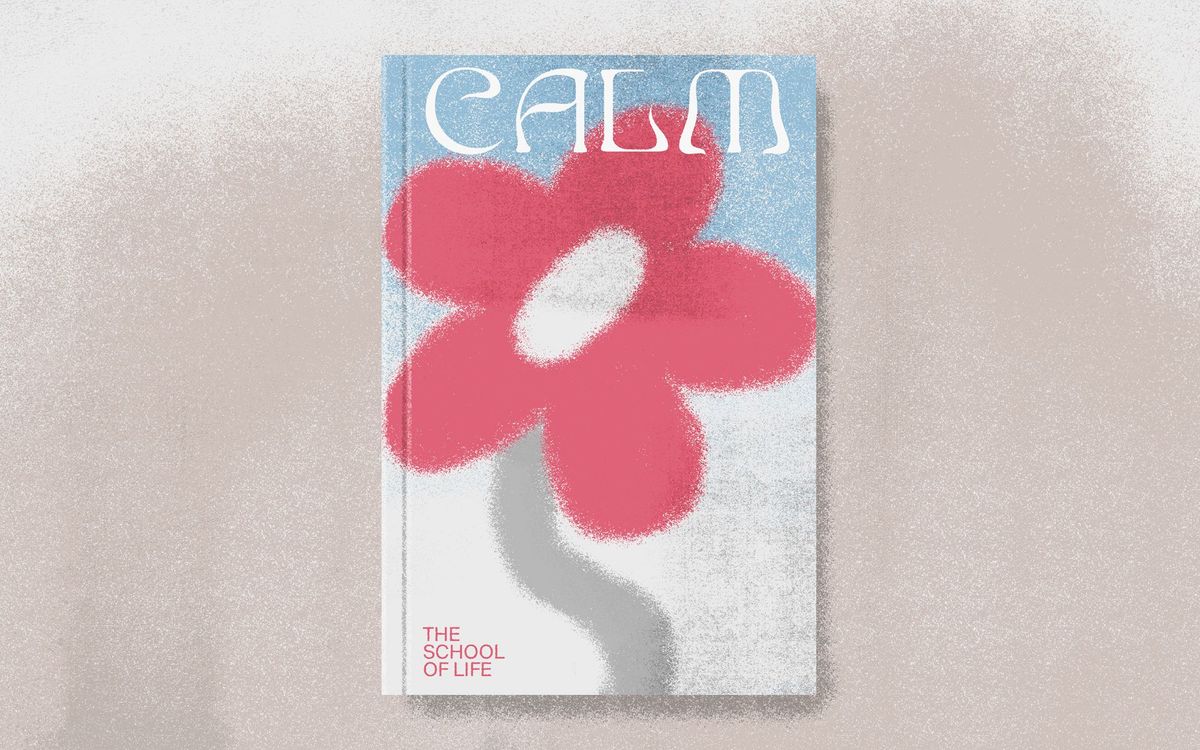 Now and then, we need a break from the real world. Whatever your stressors are, if you’re in the mood to go outside or curl up on the couch this summer, a book can be a pleasant escape. Maybe you want to be transported to another dimension? Maybe, you’re craving clever a deep dive into life or just want a good laugh - we got you! Our suggestions offer 4 books to keep you in good company wherever you’ll be. Good readings!